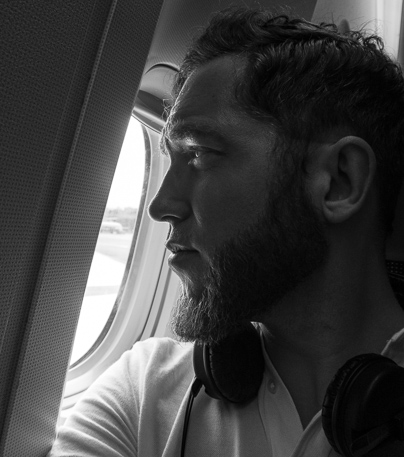 A few weeks ago I went to Singapore and back in 23 hours. It was an eventful, fast-paced experience that in hindsight made for a great trip, even though it was a bit nerve-racking at times.

They call it a “Visa Run,” and it’s a trip you do with the sole purpose of renewing your visa, meaning that you get out of the country and then back again in the cheapest and fastest way you can find. Another option is to deal with the unorganized and somewhat corrupt Immigration office here in Bali. Or you simply join the party by hiring a visa-agent.

I opted for using the ticket out of Indonesia I had already bought before boarding the plane from Sweden, which meant leaving Bali at 9 pm, landing in Singapore at midnight and returning on the 5 pm flight the next day. But having just read that the Singapore officials are growing tired of people just using their country to renew their visas – and that some have even been detained by Immigrations – I wasn’t really looking forward to the trip.

Even though I love flying.

When you’re sitting there, in a dark plane, tired – but still a bit on edge – filling out the landing form and you read the words: “WARNING DEATH TO DRUG TRAFFICKERS UNDER SINGAPORE LAW,” and it dawns on you that you’re about to land in one of strictest nations on earth. A place where one of the punishments is getting your skin cracked open by a cane. A place that sentences you to death if someone else has put a joint in your bag.

And you start thinking about the several times you left it unattended, in the hands of a local driver that you’ve just met (whose best tip for traffic safety was “don’t drive on drugs”).

You get a little nervous.

Or at least I did. I mean, death… It seems so final, and dramatic.

And so we landed.

The girl in front of me in Immigrations looked a bit nervous. She noticed her hands shaking, and then struggled to find something natural looking to do with them.

She got pulled to the side.

Then it was my turn.

They took my fingerprints. They took a long look at my itinerary. They looked at me. Looked at my passport. And after what felt like quite some time passing, I finally heard the banging of the stamps.

I was in Singapore.

And all I had to do now was to get my bag and get a taxi to the hotel. Or so I thought, having completely forgotten about customs.

It all happened very quickly. After collecting my backpack they singled me out to search the bag and I did my best to not appear nervous, remembering the girl that got pulled aside a few minutes ago. I also remembered the death-part from the landing form, which didn’t help.

But they found no drugs.

And with a newfound excitement about being alive (at 00:45 in the morning), I asked the driver who was taking me to the hotel about a million questions (I blamed it on the coffee on the plane). 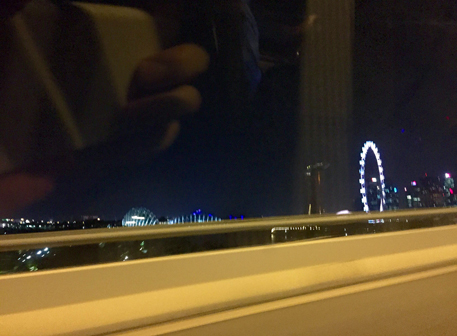 So apparently the best thing about Singapore is the low crime rate; people really feel safe. And that it’s really clean. And the worst thing, which I didn’t even ask about but he told me anyway, is the skyrocketing prices in the real estate market. Normal people have to have two jobs in order to be able to live somewhere at all. And later on another taxi driver, who brought up the same thing, told me that a two-bedroom apartment will run you about 3000 Singapore dollars a month – and that’s not even in a central location.

These prices were also reflected in what kind of place I could get for what I wanted to pay for the night. Turns out that for the same price as a three star suite in Bali, you get a pod.

But we all know it’s a box.

But lucky for me I found a box with a sci-fi theme! I just love sci-fi. Sci-fi books were the only ones I was able to finish before I found a way around my ADD, and it is still the genre of choice when it comes to reading (if you don’t count bio-hacking and personal development of course).

It’s just something about the edge of the unknown that excites me. So I was pretty excited about staying in a SPACE SHIP, haha! And since I arrived well past 01 am, the place was empty, dark, and a bit eerie. 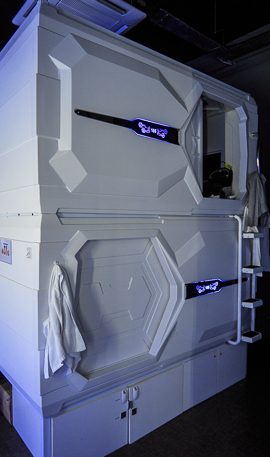 However, this particular space ship wasn’t particularly sturdy, so when the first person woke up at 6 in the morning (which was about 3,5 hours after I fell asleep), everyone else woke up as well. And then it was just a matter of time before we all had given up on sleeping and just got on with the day.

“Normal space-routine” I thought, and after some space-breakfast and space-coffee, I decided to do some exploring!

I discovered that there was a cable car you could go on and see Singapore from above, which sounded just perfect since there were only a few hours to spend before I had to get back to the airport. Said and done; a bit of confusion and one semi-lost Uber drive later, I was lineborne!

And on my way to the local Bond-villain, apparently. 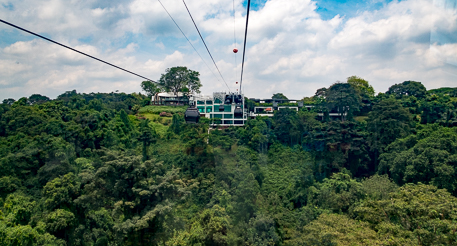 But there was also a great view of the harbor and the city: 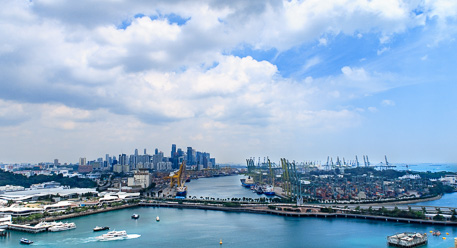 However, as the cable car wasn’t particularly speedy, time was running out. So I decided to skip the last couple of stops and head back to the space box, collect my things and get to the airport.

And after a drowsy Uber ride and a nice talk to the driver, I finally found myself on the plane back to Bali. And by some happy chance they served the best meal I’ve ever had in an airplane, along with a wine that was actually pretty good.

Looking out through the window, seeing the clouds beneath and the slight darkness of space above, savouring the moment, I couldn’t help feeling a bit relieved.

And happy to be alive.

Thank you for reading,
/Filip