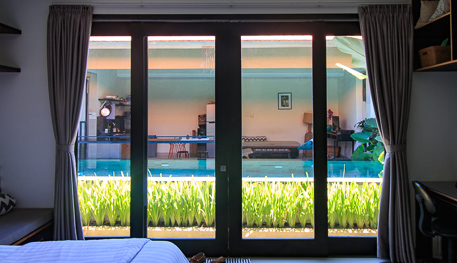 So I wake up and the world is absolutely quiet. It feels unreal. Apart from the wind, the only thing I hear is this one bird that apparently doesn’t have a calendar. And I love it.

This is nature in its original state.

This is Nyepi – the Balinese day of silence

And this year it occurred on the 28:th of March and it’s a part of the Indonesian new years celebration, which lasts for a few days. They start off with a couple of ceremonies, such as the Melasti, which is meant to purify sacred objects from the temples, and the Bhuta Yajna, which is meant to drive away negativity and create a balance between mankind, nature and God.

This particular ritual has home made monsters in it.

And when the negative elements are gone, so comes the day of silence.

For the westerners visiting, the mandatory participation can come across as a bit… unusual. For instance, you are not allowed to make any noise in your home, literally. If you do the special police patrols will knock on your door and tell you to keep quiet. And if you venture outside you well get thrown in jail for the day.

Also, you’re not allowed to have a fire or any lights on, so when the night comes, the entire island of Bali will be pitch black.

It’s such a rare thing this day, so I thought I’d blog about it and just type my thoughts as they come.

8:42 am. My place here in Canggu has an outdoor kitchen and I’m starting to get hungry. The stove has a flame and I think there will be a bit of noise from the pans etc. So I’d be breaking three rules at once. Hmm… Sneak mode: ON.

08:58 am. The pool-system just kicked in. Had no idea it was this loud, haha. Also I’m still in bed, thinking about food… 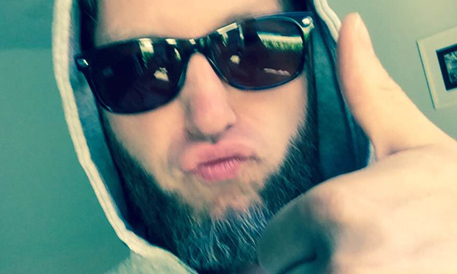 10:05 am, and I’m halfway through my 380 grams of double bun-less burger with cheddar, lettuce, cherry tomatoes, onion and blue cheese dressing on top (oops!), and it just struck me that it isn’t just how quiet it is that makes for this special and reflective kind of mood (which I didn’t mention until now but there you go), it’s knowing that we’re all doing the same thing.

And if you over-analyze it you arrive at the conclusion that you can’t really know what everyone else are up to (presumably), which means that it’s all in your head.

Which is also pretty cool.

10:47 am. This is the most relaxed food coma I have ever had. And I think I am going to make it a life goal to have a quiet retreat somewhere. Perhaps just a bed, a small kitchen and maybe a few walls made of glass to really connect with nature.

2:51 pm. I’ve spent a few hours in bed, designing a future photo-website of mine, as well as developing some pictures and learning a couple of new things in Lightroom. Would like to go for a swim but not sure if that’s too noisy. Probably. I’ll just sneak out in the garden by the pool and stand in the sun for a while.

No profound thoughts, just need to move a bit.

3:21 pm. All that moving around made me hungry. Hmm… Time to go rogue again. (It’s actually a very strange feeling not being sure if you’re legally allowed to cook, which opens for a discussion of forcing your religion upon someone and making it illegal for said someone not to participate in your religious act. And I do think that if I didn’t really enjoy the serenity and sentiment of this day – to pause and to look within – I would have been seriously upset by this clear violation of my freedom as a human being. But to be fair, foreigners are in fact allowed to move around within their hotel compounds, so it’s almost not all that crazy (only I’m not in a hotel but in a private villa…).

Also I think I really need to eat something.

5:49 pm. Food was good (chicken curry with coconut milk), and I didn’t even go to jail or anything. But now I find it hard to figure out what to do next. Work some more? Watch a movie? Currently watching a long interview with Pewdiepie, pretty interesting and I can totally see why he’s the biggest YouTuber on the planet. For some reason, you can’t help to feel a bit sorry for the guy, despite the fact that he earns $15m a year, has an amazing girlfriend and gets to do what he loves everyday.

I think it might be because he looks a little bit like he is dying (and the fact that he’s sort of a genius, in my opinion).

But people don’t give him credit for that.

In Sweden we have this expression called “fulsnygg,” directly translated to “ugly handsome,” meaning good looking but with features that are a bit exaggerated so the end result isn’t all that good. And I think the same applies to Felix’s videos, but in an intellectual way. They are brilliant, but exaggerated in a way that hides the brilliance and makes him appear like this screw-up that you can’t help but like (also it’s the looking like he’s dying).

9:51 pm – I did it! I managed to take a picture of the stars! And you can almost see that they’re stars!

11:38 am. The darkness is driving me nuts. I feel both tired and energized at the same time. I have had a few small lamps going *breaking the law* but that’s it. It’s still pretty dark. I think you’re supposed to be sleeping by now… So I’ll give that a go. But first I’ll take my chances in the infinite darkness that is the shower.

Being an introvert, this wasn’t a whole lot different from business as usual. But the world keeping quite was a welcomed touch.

And the stars really were amazing.